I will paint you a word picture of my heart throb:

He worked out how to rock his high chair around the kitchen without tipping it over, while I at the same age was focused on the mouth feel of mashed pumpkin. This was an early indicator that he would become the sort of engineer you want designing your harbour bridge. That he regularly used to get the train home from work forgetting that he’d driven in that day only confirmed to me that his mind was on a higher plane. Solving Fermat’s Theorem potentially.

He didn’t divorce me when I nearly sliced off his nose after putting an unopened tin of baked beans in a campfire to heat. The exploded bean purée mimicked blood and gore in the moonlight, to add to the actual trauma. A forgiving nature, and a good instructor in elementary physics.

He sprained his ankle in a pothole, then running to his aid I did the same thing. So consequentially we hobbled arm-in-arm into Casualty with our unlikely story. Our bemused daughter got a byline in the Sydney Morning Herald next day headed MY PARENTS DO EVERYTHING TOGETHER!

He never confused the meteorological “sheep weather alert” with “better get your bed linen off the Hill Hoist, it’s about to rain”. Like I did. A man who listens carefully. 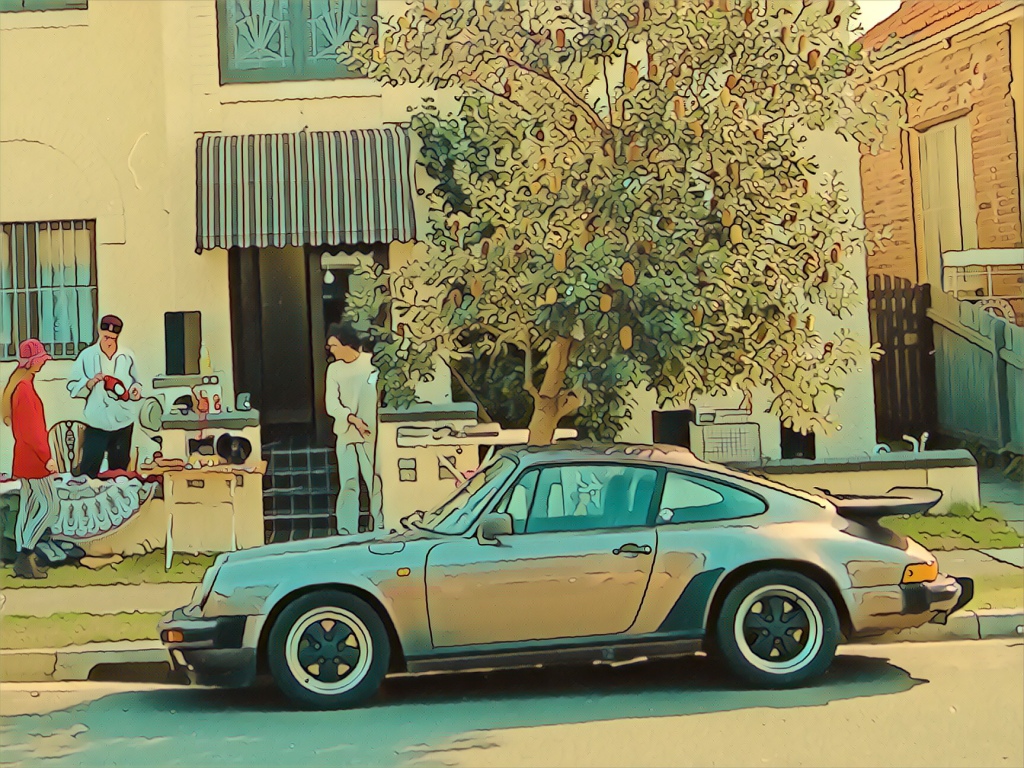 I like the simple things in life. The leaf symmetry of flannel flowers and frangipanis. Unclipped poodles. Trout without the meuniere sauce. So he bought me an iridescent pink Porsche for my 44th Birthday. A lover with a wonderful sense of the ridiculous.

He brought interesting objects into our startup household. Like his Sunday School Prize, a hardback edition of BROTHER DUSTYFEET (he wasn’t an atheist then). And his friends Pixie and Ralph gave us a really useful bongo drum for a wedding gift (if only it had made toast). And his brother sent us a stuffed baby crocodile from the Sepik which created a point of interest on our inverted tea chest dining table. A man with sentiment.

I only bought a thin sausage each for the first meal I ever ever ever cooked. I was a Child Bride of 19 and had not yet read The Wifely Skills Handbook. But he happily just filled up on a loaf of sliced white bread and half a jar of peanut butter. He had grown lanky on a regular diet of substances his mother called “what have you” – which was whatever could be concocted from corned beef fritters which had been the left overs from the boiled corned beef from the night before. He is appreciative of all offerings. 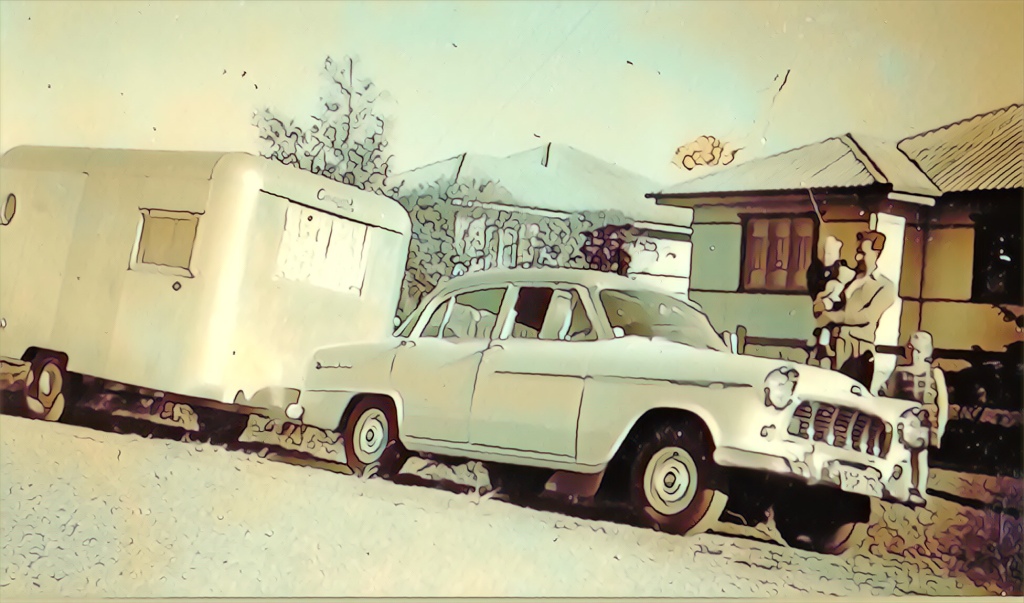 My parents never did the really proper camping thing with us sprogs. My mother was much too wise to fall for that one. But when I was about eleven they did tow a pre-loved caravan from Sydney to Mildura. All I remember of that low spot in my life is us four kids squashed and squabbling in the back seat of the Hillman Minx, and my father nervously watching this cumbersome hula-hula dancing rig in the rear-vision mirror as he drove, hour in, hour out, at 30 miles per hour with his hands always in the correct ten to two position on the sweaty steering wheel. And if those eagle-eyes in the back of his head caught us nodding off we were in for it. If he was going to make the effort to drive through this landscape, we were going to see every bit of it. But Warren had lived in a caravan for six months as a kid while his Mum and Dad built a house. He still holds warm and fuzzy memories of playing Cowboys and Indians around the ablution block with other barefoot kids. An imaginative and adaptable man. 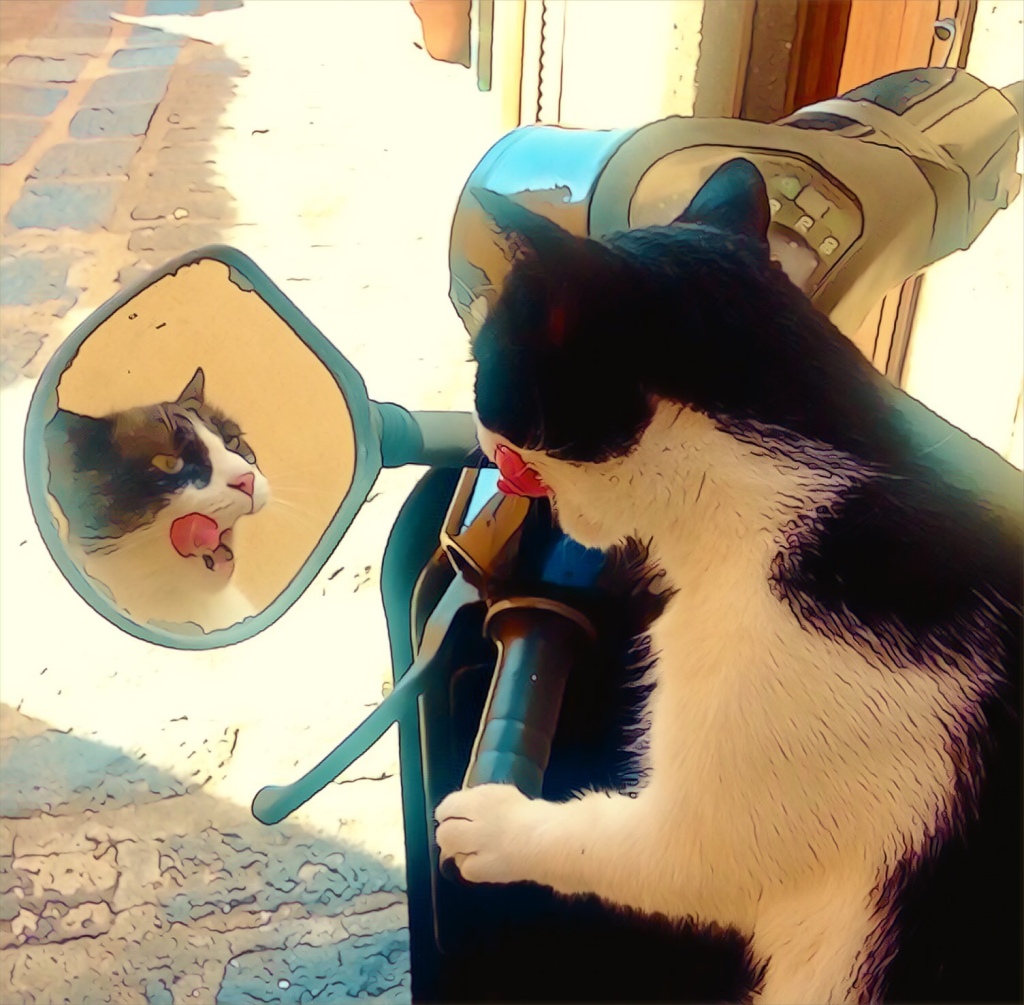 He’s not a cat fancier, but tolerated the three who’ve so far chosen us. The black one that was thrown through the open kitchen window of a friend’s ground floor King’s Cross squat. We took it home and treated it like a baby til we got a real one. Then Mrs Puss the nymphomanic tabby we inherited at Yarram when we rented the farmhouse. She nursed her repetitious kitten litters in the haystack. One day we thought she was pirouetting for joy because her current batch of sucklings had left home, but she was unfortunately in her death throes and went kerplonk at our feet. Cat Three was Tom, an exotic Russian Blue lookalike who thought he was the other dog in the family. Lots of little children’s tears were shed into his silver coat, he was the soft, cuddly, consoling creature to turn to when your brother wouldn’t share the Lego or you didn’t get invited to Nicole’s 9th birthday party.

We had been married a week before I realised that dealing with the mounting pile of soiled singlets in the bedroom corner was my responsibility. Was this in the marriage vows I wondered, had I really promised to Love, Honour AND Launder? He’s ever pragmatic and bought me a Hoover Twin Tub.

For years he had checked out every backyard-built catamaran in Queensland and scoured Trade-a-Boat monthly, dog earring pages of potential then emailing owners for displacement figures and details of rudder shapes. So when he asked me what I wanted for my 58th birthday I said “I just want you to make a DECISION about a boat.”

And he did, and bought a gracious Grand Banks. In a bogan moment we briefly considered calling her JANUWARRY but settled on L’ARGO. (ARGO being the ship of Jason and the Argonauts in which they headed off in search of the mythical Golden Fleece.  Just like we would be seeking out the least cautious coral trout for our BBQ.) 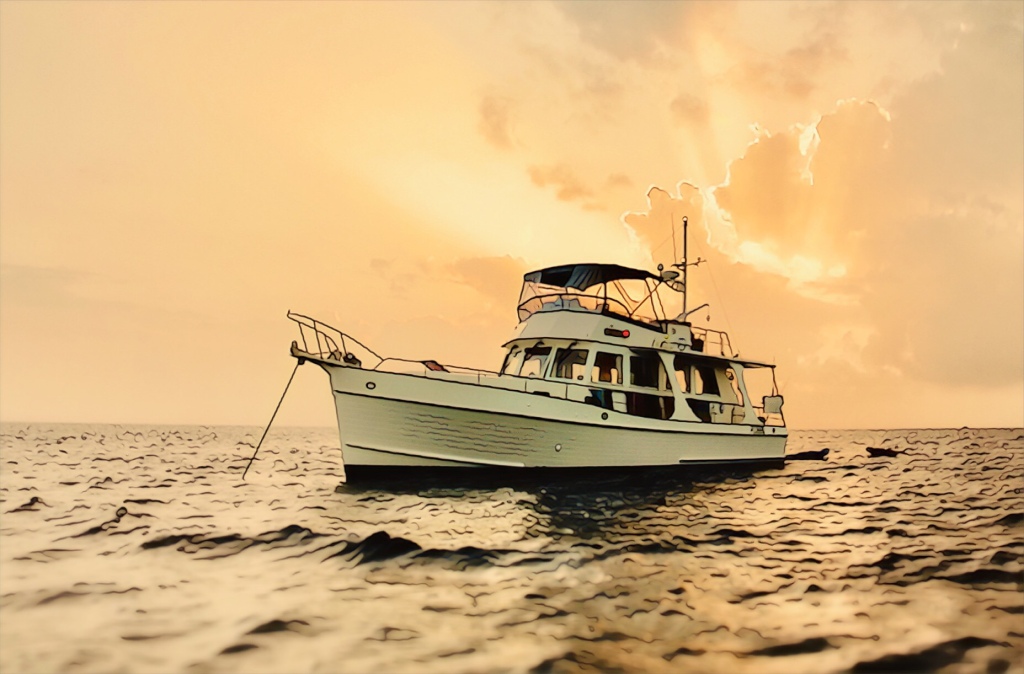 Published by THE CRYPTIC LIMPET

View all posts by THE CRYPTIC LIMPET